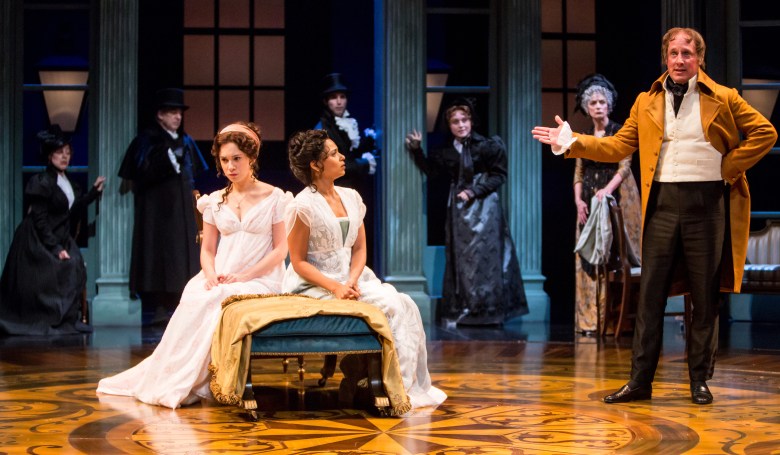 Why Jane Austen’s sense and her sensibilities still matter

It is a truth universally acknowledged that, without Jane Austen, we’d have no romcoms, no Julia Roberts, no Danielle Steele.

Austen wrote only a handful of novels 200 years ago, but all of them are still read today. They are also still being adapted into films and plays. The comedy “Love & Friendship” just out on DVD, is one of the biggest arthouse movies of the year and the Guthrie Theater’s “Sense and Sensibility” opens Friday night.

We may have conquered the plague, for the most part, and we no longer have to worry about that pesky Napoleon Bonaparte, who lurks in the background of much of Austen’s work, but why can’t we quit her?

Why, in other words, does Janemania endure?

“She’s kind of the mother of all romantic fiction, in my opinion,” says Candice Hern, who writes historical romance novels (often set in Austen’s Regency period) and who is coordinator for the 147-member Minnesota region of Jane Austen Society of North America. “We read her because she’s a hell of a good writer. Her prose is witty, ironic, often laugh-out-loud funny and her books have a very modern voice for her time period.”

Ann Pflaum, the University of Minnesota’s historian, loves those “little sharp lines” and the way Austen “is able to humanely portray human flaws.” Pflaum, who has a doctorate in English history but says she’s an “enthusiastic amateur” when it comes to Austen, also values the window the writer opens into the early 1800s.

“I generally approach her work from a historical view,” says Pflaum, also an avid reader of nonfiction works “that talk about life in England during the Regency period, in the 19th century.”

She cites Roy and Lesley Adkins’ “Jane Austen’s England,” in which each chapter about life in the Regency era opens with a letter from someone in Austen’s family that illuminates aspects of their lives.

How different are those lives from our own? Maybe not very. The Guthrie’s “Sense and Sensibility” will be set in its original time period, but Austen’s tales are frequently updated to the present with their plot and characters virtually unchanged. “Sense and Sensibility” became Cathleen Schine’s Connecticut-set “The Three Weissmans of Westport” a couple of years ago; “Clueless” is “Emma” set in a modern high school; this week’s “Bridget Jones’s Baby” was inspired by “Pride and Prejudice”; and Curtis Sittenfeld’s current best-seller, “Eligible,” is also an updated “Pride and Prejudice.”